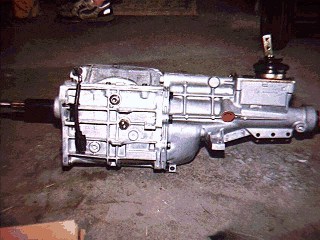 Putting a T-5 transmission into an early model mustang is a straight forward swap that anyone can accomplish. The major difference in how you perform the swap is which bell housing you use, the original bell housing or the later model bell housing. 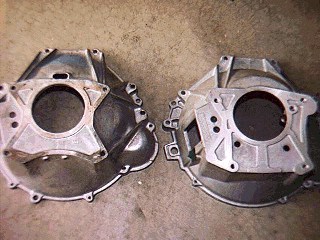 The Original bell housing on the left has a different bolt pattern for the transmission than the later model on the right. 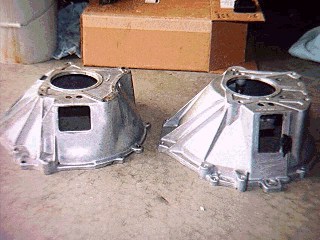 The lever pivot with the spacer is visible on the later model bell housing on the right, this spacer repositions the clutch release lever to the original position when using this bell housing.

Once you have the bell housing straightened out the rest of the swap is pretty much the same as changing a clutch.

The later model flywheel comes with locating pins for the pressure plate, the original did not have these. 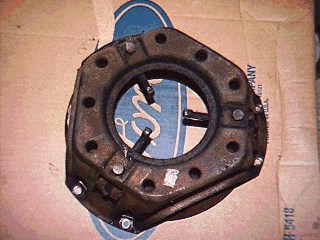 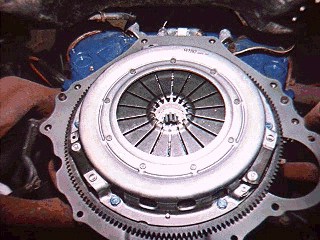 The later model pressure plates use a diaphragm release setup that distributes pressure more evenly around the clutch surface.

The clutch plate is the same for both pressure plates but it is best to buy them as a set. The later model throw out bearing will not work so you have to use the original throw out bearing, there are two different kinds available so get the one for the 10 1/2 inch clutch. 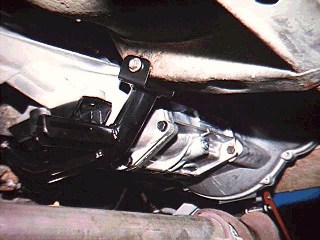 The original cross member is replaced with one made specifically for the swap. 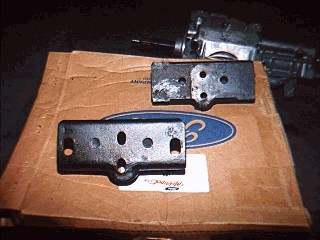 The original mount (top) uses the center holes, the T-5 Mount for the swap uses the outer holes.

Once the clutch is installed bolt on the bell housing and the T-5 transmission. The original cross member and mount will not work and must be replaced, you can order these from Sacramento Mustang (and others). 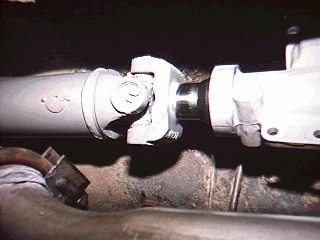 The drive shaft must be cut to provide the proper spacing for movement.

Once everything is bolted in place you need to measure the drive shaft for length. Place the T-5 yoke in the transmission and push it all the way in then pull it out about 1 inch. Measure from the center of the u-joint cap at the yoke to the center of the u-joint cap at the pinion flange, this is the length you will need to have the drive shaft cut to. You need about 1 inch of free play for movement as the rear end and transmission move while driving to prevent damage to the transmission.

For the shifter you can use the T-5 shifter but it puts it a little out of reach compared to the original one. I had a Mr. Gasket shifter laying around but if you have a T-10 and Hurst Competition Plus Shifter you can do the same, cut the shifter off at the base, drill 2 holes through the shifter near the bottom and bolt it to the T-5. Once the shift boot is in place you can’t tell it has been modified. Mustangs Unlimited also sells a shifter that looks like the original Mustang top loader shifter to fit a T-5 if you want the original look.